Hot Cara Santana is one of those actresses in Hollywood who is not your typical actress-slash-model. Santana is starring on WGN America’s “Salem” while also being a tech entrepreneur. The 31-year-old would rather do something nastier in using her talents to the tech world and created a beauty app called The Glam app. Besides her technical mastery, she will always be known for looking like this in her sexy bikini.
Scroll down for video:

The hot actress showed off her amazing figure during a sexy photo shoot for a French fashion magazine in the Malibu Mountains.

These Cara Santana bikini pics are to die for, looking so elegantly stunning.

Santana said this from Maxim Magazine: If I wasn’t acting I would be a civil rights attorney. I know that’s a total leap, but I love politics and I am obsessed with social issues. My mother is an attorney and my father worked for the government as well, so the idea of service is very much ingrained in me. Plus, I love to argue.

With a physique and abs like this, Cara Santana can do no wrong…

Cara Santana wows in a Brazilian bikini as she enjoys an exotic holiday with fiancé Jesse Metcalfe. The sexy actress in her brazilian bikini enjoyed a relaxing vacation in Cancun, Mexico.

She wore a turquoise strapless bikini top with multiple openings on the back, which was tied together with a black Brazilian brief bottom. 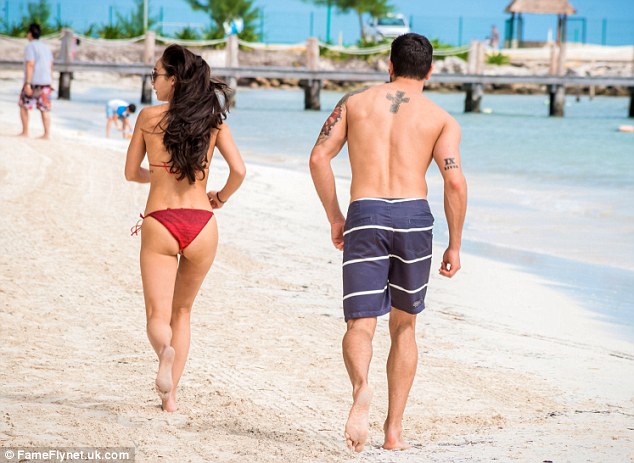 Every choice Cara Santana has made has been geared only towards her love of acting. Things are just getting started for the secy brunette, even when things didn’t seem like they would shape up Cara Santana has emerged into hopefully becoming one of the sexiest actresses in Hollywood.

NewInki is centered in targeting readers true engagement and a true, unique connection with our visitors. Our mission is for Men to feel free to actually be Men while keeping it REAL!

This site uses Akismet to reduce spam. Learn how your comment data is processed.

Thank you for subscribing.